GOOSE VPN guarantees your safety on the internet. The affordable, customer-friendly VPN service for all your devices.

Choose the package that suits you

Protected for one year

Can be canceled monthly

Are you really safe online?

Anyone can become a victim of hackers who want to steal your personal data and use for illegal purposes. Things like your credit card information, passwords, e-mails and personal photos are almost impossible to imagine losing!

Despite the fact that you probably feel safe while online, this is often not the case. Hackers are more active than ever, which means that your risk of becoming a victim and your online privacy being breached are higher.

Start using GOOSE today to limit the risk and protect yourself. GOOSE is the difference between being secure online and vulnerable to theft of your information. Why run an unnecessary risk if there is an easy and fast way to limit it?

Customer Satisfaction At Our Heart

An accessible ‘VPN for France’ provider who really listens to its customers’ That was, and is still, the underlying principle of GOOSE VPN. We found that VPN providers often don’t listen to its customers, certainly not those with little technically knowledge.

That’s why GOOSE VPN is accessible to everyone, and we really mean everybody! GOOSE is for you, your daughter, grandfather, anyone you can think of. We ensure that everybody can use the Internet with a safe feeling, and through your feedback, we continue to develop.

The government is watching you!

The freshly accept bill in France, the French Patriot Act, which contains the right of the government for more surveillance actions, makes it hardly able for the French to use their internet normally. Phone calls, email-contact or any other form of online communication may be tapped off by the French authorities.

In fact, the French government is illegally creating (vulnerable) databases with information about their citizens. Under the guise of national safety, the French society is controlled and screened. This way the French government has the opportunity to screen illegal activities and take measurements against those activities. With these actions, many civil right are involuntary detained.  A VPN-connection will encrypt the sent and received data. Besides the encrypting, a VPN-connection virtually creates a new IP-address by which the government can’t tell where you are geographically located. This way, internet users can stay anonymous and safe.

What does GOOSE VPN do for you? 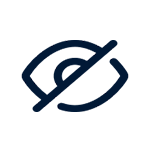 GOOSE VPN changes your location and IP address. You can choose from any of our server locations around the world. GOOSE VPN guarantees your privacy on the internet. 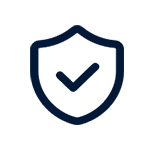 GOOSE VPN uses strong 256-bit encryption to protect your data. Browse worry-free via Wi-Fi hotspots and know that you will not be hacked or checked. 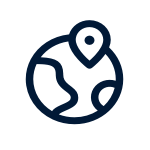 GOOSE VPN allows you to stream what you want with all your devices. We have an optimized network so that you can always watch your favorite programs, at home and abroad.