The best VPN for streaming your favorite series

Watch your favorite series and movies all over the world. Stream unlimited, safe and without limitations all the content that you want to see.

Why you need a VPN to stream

GOOSE VPN not only ensures a safe and fast connection, you can also choose from which “virtual” location you stream. By choosing our streaming servers, streaming services then think that you are at the location of which you have switched on streaming vpn-server. This allows you to view series and films that are available at that location, but may not be at your real location.

And do you also hate the long drawers of a video? Even then a VPN is the solution. Many internet providers or on public WiFi networks are squeezed the internet so that you do not use too much. But that means you can’t see your film. This problem is also solved by connecting with GOOOSE VPN. 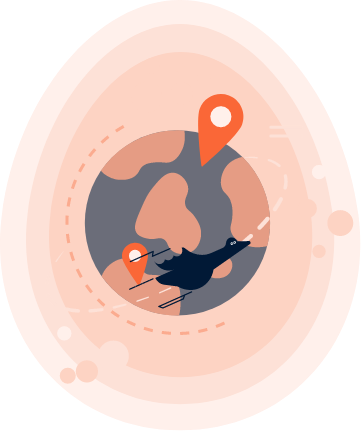 Enjoy your favorite series by streaming with GOOSE VPN

Do you know that? Are you just halfway through your series, the streaming service stops this series in your country. Streaming services often make new agreements with producers of series and films. As a result, the supply often changes and differs per country. For example, American Netflix has a much larger range than for example the Dutch Netflix version. So it is possible that the series where you were just half when it disappeared from Netflix is just available in another country.

By using a Streaming VPN you can still copy your series completely, even though you are not in the country where the series is available at that time.

Disclaimer: Goose VPN does not encourage the use of a VPN in ways that may be contrary to the service conditions of other service providers.

Why choose streaming with Goose VPN?

Stream always and everywhere you want, even if the content at your location is not available.

Use GOOSE VPN VPN on an unlimited number of devices. So you can stream on multiple devices at the same time.

No download and upload limits. You can stream as much as you want, without having to return to quality and speed.

For and by people! Do you have questions? Our personal support is available 24/7.

Never miss a sports game with a VPN again

Most sports can also be viewed online nowadays. Super handy for when you are on vacation or are a fan of a sport that is not broadcast everywhere, for example, American Football.

By choosing your own location with Goose VPN, you will never miss your favorite sports competition again and you can sport streaming where you want. That way you encourage your team and no one can kill the result;)

Choose the package that suits you and download the GOOSE VPN apps on your smartphone, computer or tablet.

Look in the list of available servers for streaming and choose a server at the location where you want to stream.

Ready, set, go! Go to the website or app of your favorite streaming service and choose the film or series that you want to watch. Enjoy watching!

More about streaming with a VPN

Do you want to know more about streaming with GOOSE VPN? Then read our blog articles. 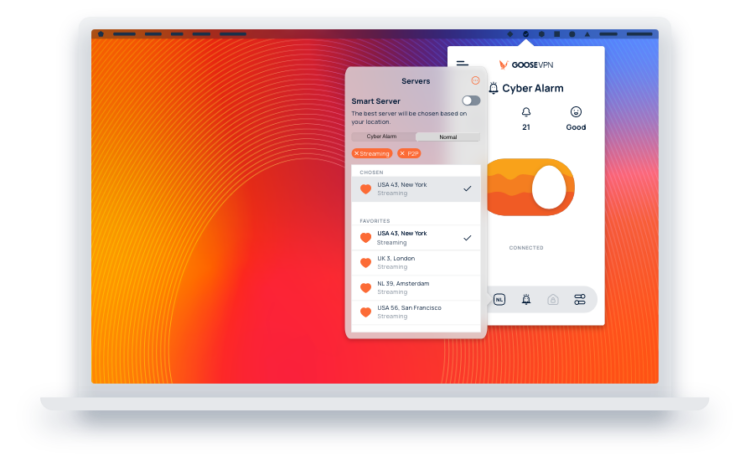 In addition to gaining access to more content when you use a VPN, there is also an advantage of using a VPN for streaming. Do you ever suffer from a lot of buffering and loss of speed while streaming? That may mean that you have bandwidth restrictions. These limitations can be imposed by your internet provider, for example if you have reached the monthly limit of the bandwidth. Also at busy moments your internet provider can limit the bandwidth or speed to ensure that no problems arise due to the crowds on the network.

When your internet provider imposes bandwidth or speed limitations, a VPN ensures that you do not lose any speed. This way you always have a fast connection while streaming on all your devices. But if the streaming service imposes restrictions because the service is overloaded, a VPN cannot change much about this.

For streaming we have special designated streaming servers. You can recognize these servers by the streaming icon on the right side of the name of the server. (It looks like a small triangle) If you are unable to access the contect on a particuler server, try switching to a different streaming server. If you see a maximum of 3 servers per country, the smart server list is enabled. Consult the FAQ page. to disable this setting. When that is done all available servers are visible.
GOOSE VPN has several servers available to use for downloading. Every server in our list has either the words P2P (download) or NO P2P (no download) behind it. When you choose a server that you can use to download, you will be safe and untraceable. We advise everyone to turn on GOOSE VPN when downloading something with, for example, uTorrent or streaming on Popcorn Time. Are you curious which servers you can use for downloading? You can find them in the app and on this page.
You can use GOOSE VPN on as many devices as you want with only one subscription. The only drawback is that the limit of the 50 GB subscription is easily reached with multiple devices. Do you need more than 50 GB a month? No problem! We also offer Unlimited subscriptions. For €12,99 a month, you have unlimited access to our service and you can cancel every month. But, there is also a cheaper option! If you upgrade to the Unlimited Annual subscription, the total price of your subscription is €59,88, which is only €4,99 a month. That means you save €8 every month!
GOOS VPN is available on all devices. If you have an active account you can naviagte to our download page after you logged in. If you don't have an account you can sign up here.

Choose the package that suits you

Protected for one year

Can be canceled monthly

Unblock all your favorite series