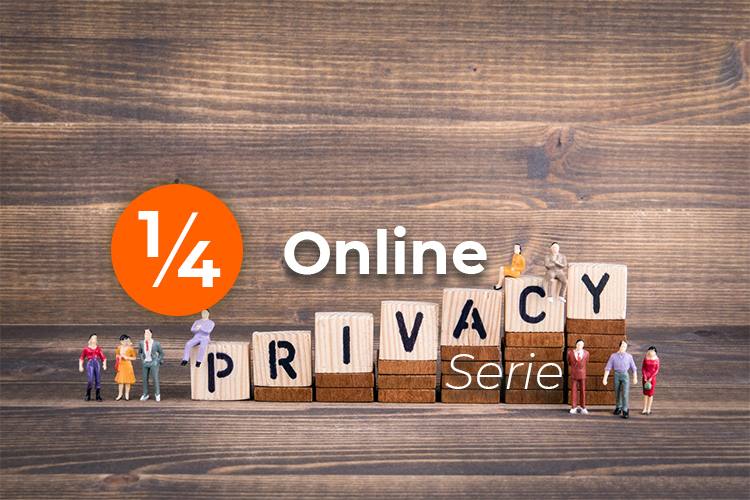 Home / Blog / The Importance of Online Privacy (I): Introduction

Online privacy is becoming an increasingly ‘hot topic’. Just consider the revelations of Edward Snowden on how the NSA are constantly collecting the data of many millions of innocent Internet users, the Cambridge Analytica scandal and a lot of other recent news stories that reveal that not a single detail of our online behaviour is a secret to the tech companies anymore. To most of us, this probably does not seem very relevant. What does it matter that the goverments of several different countries put all of my online data in a database somewhere? After all, I haven’t done anything wrong. And is it really that terrible that companies like Google know every last detail of my life? In the coming weeks, we’ll be posting a series of articles on the consequences of the fact that all of your online behaviour is constantly being monitored. Here follows the first topic of the series: online surveillance by the government.

Online surveillance by the government is a much bigger issue than a lot of people realise. To give you a small example: one of the things that Edward Snowden revealed was that the NSA routinely starts tracking every single visitor of the website WikiLeaks. Whether you approve of the actions of WikiLeaks or Julian Assange or not, whatever reason you had going for going to the website, you inevitably end up on a list and your online behaviour will be followed: what websites you visit, what messages you put out on Facebook and Twitter, what e-mails you send, etc. This also applies to Internet users that are outside of the United States. There is something very disturbing about the fact that someone can immediately be considered suspect and can be automatically tracked by the government, just for viewing information that has been spread by others. Besides the breach of your privacy, there are no consequences for this as of yet, but there is no guarantee that this will remain so in the future.

And then we haven’t even considered the fact whether a country should even have a right to the personal data of Internet users from another country. Would we feel as comfortable if we learned that Russia or China is not only monitoring and storing the browsing-behaviour of their own populations, but that of millions of other citizens? Would we believe these governments if they declared that this only had to do with fighting terrorism and criminality? Or are we just a little bit more sceptical towards that notion? There are other developments to be considered as well. The American government is increasingly beginning to make use of the facial recognition software Rekognition, so that a suspect or criminal can be immediately recognised on a security camera. This is not happening in some distant future, as China is already actively using this technology. An ever increasing number of European countries have started to create databases of voice-recordings, which are often taken without your consent when you’re using Skype, or when you record yourself and upload a clip to Instagram or YouTube, so that this can be used to track down people more easily as well. All of this seems very well-intentioned, but the danger with all of these systems (if they are even used in a manner that is justicially sound) is the potential that all of them will be used for more sinister purposes in the future. If that happens, these systems will be so efficient in identifying (potential) adversaries, that it may already be too late to do anything about it. We are already witnessing a trend of free and democratic countries in the West, in terms of surveillance, beginning to resemble authoritarian states like China, where online surveillance of the entire population by the government is seen as completely normal.

Everyone has to be the Same

Another downside of online surveillance is that this will increasingly lead to self-censorship: knowing that your every move is being watched already makes it more difficult to deviate from the norm and develop an independent perspective on things and sharing it online. That is precisely why it is so important that the privacy of every internet-user is protected as best as possible and, if the government itself is not taking the necessary steps for this, that the users themselves keep a close eye on their privacy.

With a Virtual Private Network, you will be able to shield most of your online activities from third-parties. Through a VPN, data you are sharing with the internet will be transmitted over a secure, encrypted connection, making it a lot more difficult for hackers or security services to discover what you’re doing on the internet. If you are interested in protecting your privacy on the internet, Goose VPN is indispensable.

Big brother is watching you: How can you use Internet anonymously