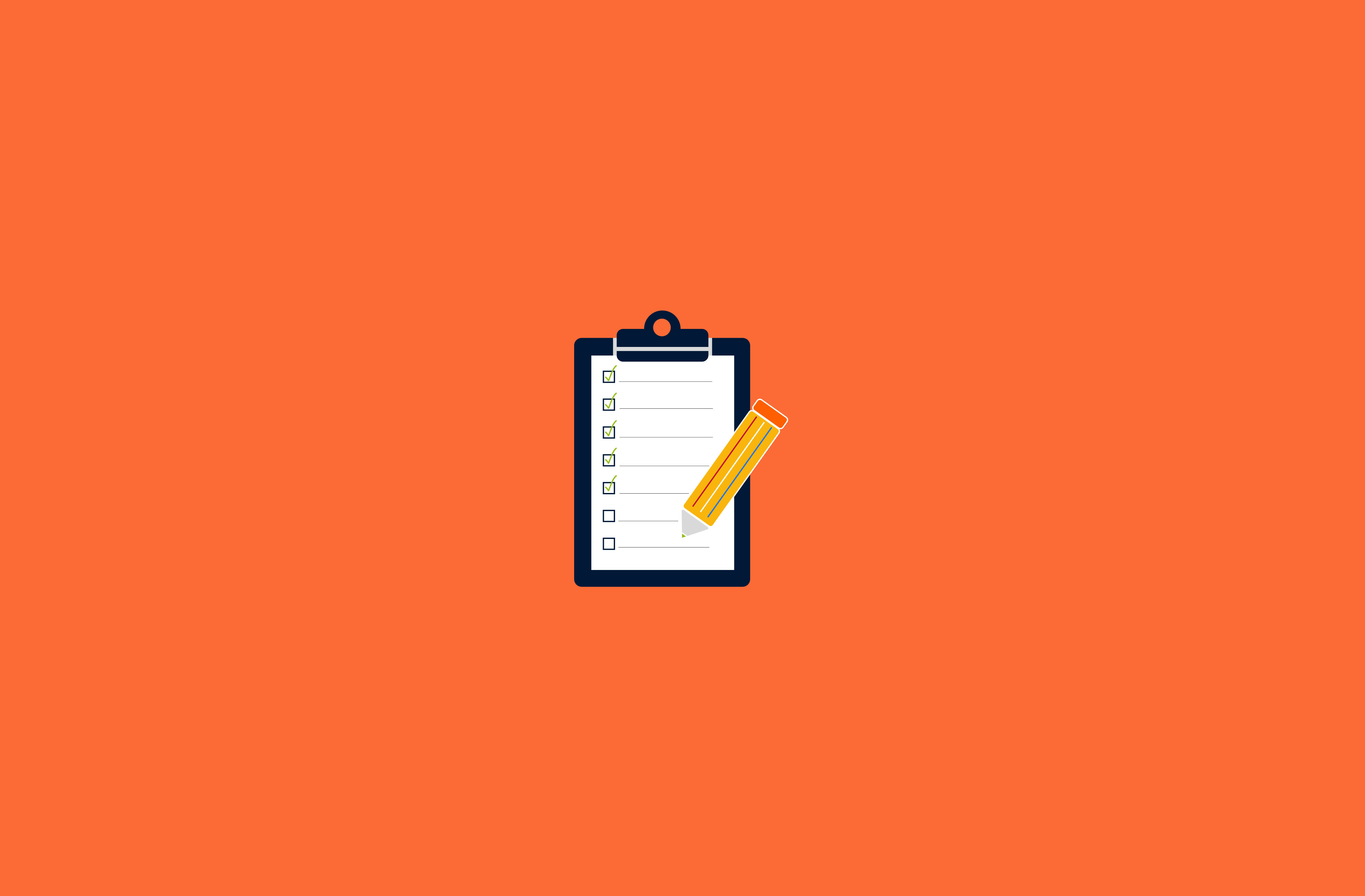 Home / Blog / Cybersecurity in the Netherlands

Cybersecurity in the Netherlands

A video showing Mark Rutte and Hugo de Jonge (Dutch government employees) dancing to a hip song is just the tip of the iceberg. The technology behind these kinds of videos, deepfake technology, is so well developed that it can start wars.

Take, for example, two countries that have had considerable tension between them for some time. It only takes one person, who manages the deepfake technology well enough to create a movie that makes it look like the leader of one country is declaring war on another.

By cybersecurity, we mean all the security measures we take to prevent the technology we use from being damaged by disruption or failure, or by misuse of the technology. If unexpected damage does occur, the technology will be repaired.

The objective of the Dutch Cybersecurity Agenda

The Dutch government has fleshed out the Dutch Cybersecurity Agenda to achieve the following objective: The Netherlands can safely capitalize on the economic and social opportunities of digitization and protect national security in the digital domain.

In a nutshell, this means protecting the national digital security of the Netherlands by securely realizing economic and societal opportunities around digitization.

Strengthen cybersecurity in the Netherlands with seven ambitions

An ambitious plan has been developed doof the Dutch government to improve cybersecurity in the Netherlands. The government cannot implement this plan on its own, so it is partnering with companies in the Netherlands of all shapes and sizes. Teamwork makes the dream work!

The Dutch Cybersecurity Agenda consists of seven ambitions that contribute to improving cybersecurity in the Netherlands. So you can ultimately better protect yourself from cybercriminals and the producer of your favorite snack can prevent the factory from shutting down due to a cyberattack. Just reasons why we are all eager to take our cybersecurity to the highest level!

These are the seven ambitions of the Dutch Cybersecurity Agenda:

You always have rotten apples in the basket, even when it comes to National Digital Security. While we hope it doesn’t happen, there can always be someone who misuses technology on a large scale. Those who misuse technology are called cyber criminals.

If a cybercriminal gets the idea to take out entire networks, there could be major consequences. For example, factories come to a halt, lampposts are disabled and traffic lights no longer jump from red to green. To prevent this kind of situation, the Netherlands must have its clout in order.

With the right resources and the right amounts of them, we can counter cybercriminals in the Netherlands!

2. International peace and security in the digital domain

Technology is increasingly being used by malicious parties (e.g. other countries) who have their self-interest at heart. These parties use technology to spy on individuals, influence and sabotage them to gather all the resources needed to gain more power.

Security threats are also emerging at the military level caused by technological development. More and more countries are building offensive cyber capabilities. These include programs that allow countries to spy on other countries.

China is an example of a country using technology to spy on other countries. For example, at the beginning of 2022, it surfaced that China spied on thousands of employees of Dutch high-tech companies. These are companies that develop technology at the highest level. By following the employees of these types of companies every step of the way, a country like China can eventually discover what kind of technology these companies are working on, and steal the technology.

How China managed to spy on these employees is very simple. China created all kinds of fake accounts on social media platforms and sent the employees of high-tech companies a simple friend request. Without realizing it, there are hundreds of eyes on you, only too happy to see what you’re up to.

Worldwide, there are nearly 200 countries that all have their laws. The Netherlands alone has nearly 10,000 laws. Unfortunately, as with many other countries, relatively few laws center on cybersecurity, so there are often no strict measures attached to cybersecurity incidents.

To maintain, and improve, international peace and security in the digital domain, and to improve cybersecurity in the Netherlands, clear agreements must be made. Not only for the Netherlands itself but also between countries. In this way, we ensure that it becomes less attractive to abuse technology.

More than 20 billion devices worldwide are connected to the Internet. That’s a lot! More than half of these devices are used by consumers.

When you buy a device, you trust that you can use this product safely. This is only possible if the hardware and software of these devices do not have vulnerabilities. This is because there are always cybercriminals lurking around who have set their sights on vulnerable software.

By hardware, we mean the visible parts of a device. Think about the screen of your phone or the keys of your laptop. Software, unlike hardware, is not visible. These are programs and apps that you install, such as the favorite game on your phone or programs like Word and Excel on your laptop.

In many households you see a smart thermostat hanging up with all kinds of cool features, so you can see at a glance what the temperature is in your home and how much energy you are using. Super convenient, but cybercriminals can also gain access to this information with a little effort due to vulnerabilities in the hardware and software. What’s more, they can even control your smart thermostat from a distance.

For example, it has happened more than once that people were walking through their homes overheating because cybercriminals had set the thermostat to 39? and were doing everything they could to keep it that way.

It is therefore super important to properly test the hardware and software of products before they go on sale. Thus, we are another step closer to improving cybersecurity in the Netherlands.

Data exchange must also be resilient to threats and incidents. If communication between two parties does not go well because of technological problems, it can cause major problems. Take an airplane starting its landing, for example. If a technological error makes it possible for a malicious person to take over the communication between a plane and the control tower, then the malicious person can initiate terrible scenarios.

The government, therefore, encourages everyone to develop ICT products and services that are secure and is committed to strengthening cybersecurity standards in the Netherlands as much as possible.

Discovering and detecting a cybersecurity incident after it is already too late takes time and money. While cybercriminals see euro coins flying before their eyes, victims look deeper into an empty wallet. That has to change!

The fourth item of the Dutch Cybersecurity Agenda is committed to being able to not only fix cybersecurity incidents after the fact but also to prevent these incidents.

Knowledge is power! Cybercriminals have free rein because we know little about cybersecurity. To win the battle against cybercriminals, we must have more knowledge than the cybercriminals. This requires research.

Now that we have all the knowledge and resources to improve cybersecurity in the Netherlands, it is up to us to take action. We have a responsibility to strengthen our cybersecurity to the best of our ability. If we all do our part in this, cybercriminals won’t have a shred of a chance!

Did this article inspire you to improve your cybersecurity? Then we have good news for you!

It is only a matter of time before cybercriminals make their way inside your systems. As they hide behind their computer screens watching your Internet traffic, they see more and more information about you appearing on their screens. This personal information is a gold mine for cybercriminals because they can make a lot of money from it.

Improve cybersecurity in the Netherlands with GOOSE VPN

Join the fight against cybercriminals with GOOSE VPN and do your part to improve cybersecurity in the Netherlands. GOOSE VPN is a 100% Dutch provider of VPN connections. We too find it incredibly important that everyone can easily improve his or her cybersecurity. That’s why our VPN connections are not only reliable and super easy to use, but also affordable! That way, nothing stands in the way of monitoring your digital security.

GOOSE VPN doesn’t just offer VPN connections. You can also use GOOSE VPN’s Cyber Alarm. The Cyber Alarm is an additional feature you can purchase when you sign up for our VPN connections. This alarm monitors your Internet traffic 24/7 and notifies you immediately if a cybersecurity incident has occurred. This gives you the ability to fix the problem early and send cybercriminals out of your device with their heads bowed.

Is improving cybersecurity in the Netherlands a priority for you, too? Then sign up with GOOSE VPN now and receive a 30-day money-back guarantee. That way you can use the Internet worry-free!