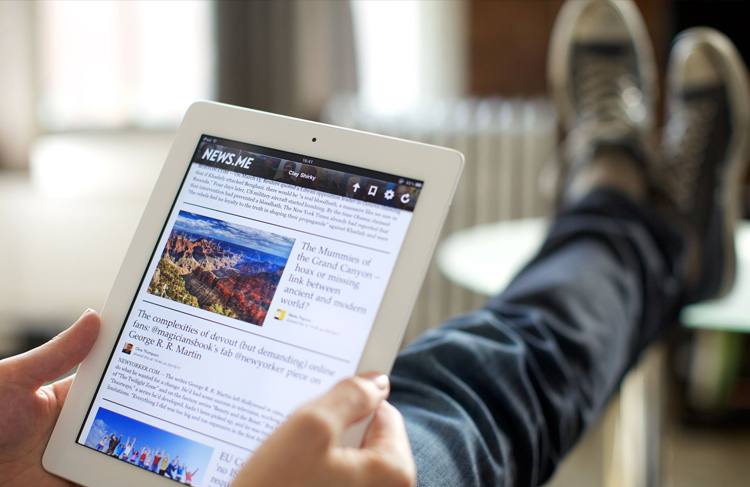 Home / Blog / Safely surf on your iPad with a VPN service

Safely surf on your iPad with a VPN service

Many people regularly use an iPad to log in to a public Wi-Fi network, which is obvious because it’s easy to take a tablet along with you. Many iPad users however aren’t aware that there safety is at risk when they are surfing on a public Wi-Fi network. And even at home they aren’t completely risk-free. Fortunately, you don’t have to worry about anything while using a VPN, you will safely surf on your iPad.

A VPN: safely surf on your iPad!

By adding a VPN or Virtual Private Network to your iPad, you no longer are directly connected to the World Wide Web: this happens through an intermediary. This way, the VPN protects against invaders from the outside. Think of hackers and other malicious persons or people that collect unwarranted information from you. If you do not use a VPN service, any data that is communicated from or to your device can be intercepted, such as your Facebook login information and credit card details.

Nowadays, there are many people who can hack your iPad and encrypt one of its folders so you no longer have access to it and can be blackmailed for the decryption key. The use of a VPN service doesn’t have to expensive, but it can prevent a ton of misery. The usage of a VPN service is also recommended while making use of public transportation.

How does a VPN work?

A VPN is a setting on your iPad, allowing you to connect through an intermediary (a so called proxy server). If you request an internet page on your iPad, your iPad will pass this request along to the VPN which will load the page for you and then send its data back to your device. Any harmful elements are also excluded. The good thing is that you don’t notice anything while the process is taking place: you can still browse at the speeds that you’re used to. If you establish a VPN connection on your iPad, you will notice that a small VPN icon appeared next you your Wi-Fi signal icon.

Would you like to check your e-mails or perform an online payment, then an encrypted connection might be insufficient to guarantee your security. A hacker is still often able to crack the encryption and watch what you’re doing. And preventing this from happening is not the only advantage a VPN can offer you: it also ensures that your private IP address is hidden, which makes it harder for third parties to track you down or collect your personal information. Whereas free VPN services often reduce your bandwidth or maximum speed, GOOSE VPN offers you the same freedom you already had, combined with an optimal security.

VPN providers from the United States often still have a backdoor that is accessible for the authorities. GOOSE VPN is located in the Netherlands (Rotterdam) and isn’t tracked by governmental institutes. In addition, You can now register at GOOSE with a 30-day money back guarantee.