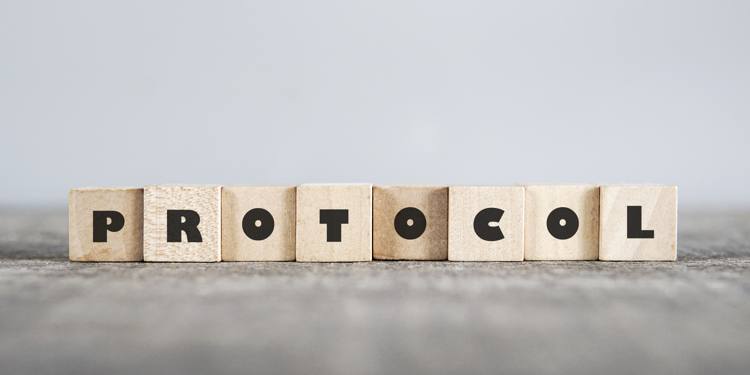 Home / Blog / Which VPN protocol must I choose for optimal performances?

Which VPN protocol must I choose for optimal performances?

When you are going to use a Virtual Private Network (VPN) for the first time, the question about which VPN protocol you must choose may sound a bit strange. A provider such as GOOSE VPN makes starting with a VPN very simple for you. Within a couple of minutes, you have installed the application on your computer or mobile phone and you can get on the Internet safely and anonymously. Which protocol takes care of this is initially not important at all for you. But there are various protocols present in the background which ensure that you can make optimal use of a VPN. Which protocols these are and which one you should choose will be explained in this article.

VPN protocols, what are the differences?

A protocol generally ensures that the data that you send over the Internet, and thus also your passwords, are encrypted. The data goes through a tunnel and is subsequently linked to a random IP address in the country of your choice. This has as a result that you can surf anonymously and safely. Furthermore, you can circumvent geo-blocking with this and watch TV programs that otherwise would stay hidden from you. When you have discovered and experienced the advantages of a VPN, you might wonder which technologies are actually the basis for such a Virtual Private Network. What the differences are and why you would have to choose for one or the other.

PPTP (Point-to-Point Tunneling Protocol) is one of the oldest techniques for making a connection with a VPN. But, in all honesty, it is also one of the least secure. The technology was developed by Microsoft back in the day. Although the possibility is small, passwords can be intercepted during log-in, according to experts. They advise individuals and companies who still use this to choose another protocol.

L2TP (Layer 2 Tunneling Protocol) is a combination of PPTP and the L2F (Layer 2 Forwarding) protocol of Cisco. Unlike other protocols, L2TP does not provide encryption itself but uses a third party, Internet Protocol security (IPsec). This ensures that security is guaranteed. This protocol can be used well on your Android or iOS smartphone and tablet. It is, furthermore, an excellent option when you let your VPN go through a modem or router.

Open VPN is a popular protocol. What makes this “open-source” protocol special is that it is very difficult to intercept through, for example, firewalls. It can also easily circumvent network address translators (NATs). Open VPN is thus barely distinguishable from a normal secure HTTPS connection. This protocol uses encryption of 160 bits to 256 bits, which makes it very safe. It works exceptionally well with Windows 10 but can also be used in combination with older versions of Windows. Furthermore, it is also suitable for macOS or Linux and works very well on various types of smartphones.

IKEv2 (Internet Key Exchange Version 2) also uses a tunnel protocol based on IPsec. The protocol, developed by Microsoft and Cisco, is ideally suited for mobile phones. It makes, for example, a new connection automatically if this is temporarily lost underway. This protocol is further characterized by very good security and high speed. This relatively new protocol best works on newer devices that make use of the most recent operating systems.

Where some providers choose Open VPN, GOOSE uses IKEv2 as standard protocol. This choice is based on the fact that IKEv2 is lightning fast and exceptionally flexible. If you mostly use your phone to go on the Internet, this standard protocol is perfect. GOOSE also works well with Open VPN and L2TP/IPSec. If you, for example, often visit websites that block VPNs, then you can best switch to Open VPN. You do this very easily within the application of GOOSE by selecting Open VPN in the settings.

Curious about the superfast IKEv2 protocol? You can now register at GOOSE with a 30-day money back guarantee.