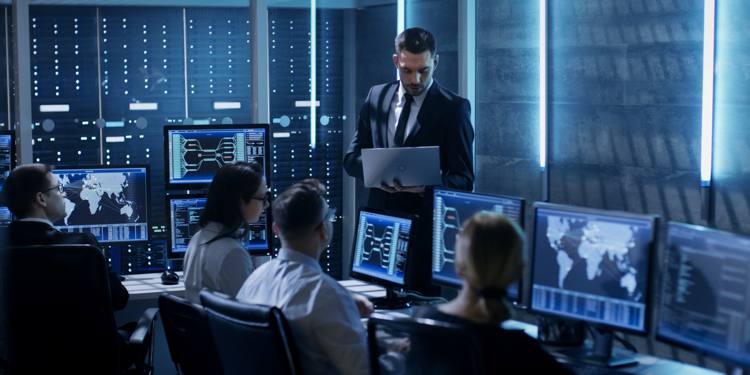 Home / Blog / The sleepwet law: What can we do against it?

The sleepwet law: What can we do against it?

A referendum about the sleepwet (literally: dragnet) law will take place but political parties do not care about its result. According to the leader of the CDA, Sybrand Buma, the sleepwet law will be enacted on January 1, 2018, no matter what. A good reason thus to think for a moment about the purchase of a VPN.

The sleepwet law: What is it?

The sleepwet law – also called the wiretap law – is officially named the Intelligence and Security Services Law. With it, the intelligence services, such as the AIVD and MIVD, get additional means that they can use for pursuing criminals. The AIVD is allowed with this law to apply a so-called “sleepwet” in order to intercept online communication on a large scale. And there are also citizens who have nothing to do with the criminals. In this way, the whole neighbourhood in which a suspect lives can be wiretapped.

The AIVD may also hack all automated devices, such as phones, computers, and smart TVs. Furthermore, they are allowed to establish a secret DNA database, in which anyone can be included. And, to top it all off, the data can be given to foreign intelligence agencies.

A petition was carried out, which was signed by 400.000 people. All these people think that a referendum regarding the introduction of the sleepwet law must take place. In an interview with Volkskrant, CDA leader Sybrand Buma explained, however, that he will not consider the referendum to be binding. He says that the CDA wants to allow the law to go through anyhow and he thinks that the rest of the coalition agrees with him. VVD and ChristenUnie have also already announced that they stand behind the law.

The introduction is thus certain, despite a referendum. There are, fortunately, various ways to protect your privacy, such as by using a VPN.

When you want to protect your privacy and data on the Internet, a VPN is the most effective solution. With a VPN you secure all your Internet traffic: it becomes encrypted and anonymized. All your Internet traffic passes through a secure connection, which means that nobody – and thus also not the AIVD! – can watch.

When you use a VPN by GOOSE VPN, you get access to the server network of GOOSE VPN. You subsequently download the software on all your devices that are connected to the Internet. Also on your phone and tablet. GOOSE VPN then quickly connects to one of its many providers that are located all over the world. You can simply choose to which one you want to be connected.

When you then go surfing, the Internet traffic is diverted via the server of your choice. In this way, you get a sort of a safe tunnel through which you are connected. The data is encrypted by GOOSE VPN according to encryption protocols, and hackers and the government cannot intercept them anymore. This is safe especially when you deal with confidential data or you simply don’t want everyone to know everything about you. Your own IP address is hidden because you assume the IP address of the server that you choose. An IP address is a code through which you can be recognized and it is, therefore, very important that you hide it. Of course no one has a use for an IP address of an obscure server abroad.

Do not leave any traces

GOOSE VPN guarantees that no administration is maintained regarding your Internet behavior. You can surf safely and anonymously without leaving any traces behind. So when the AIVD is at the door of the VPN provider with the question whether they can have information about the Internet behavior of customers, this can not be provided. Because there is simply no information available.

VPNs are widely used by journalists. There are many countries where journalists still cannot work safely, such as in China and in Russia. They can safely send and receive information with a VPN. The strict regime cannot read aymore what is happening and in this way the life of the journalist is not in danger. If they would intercept the information, the journalist concerned cannot be found thanks to the use of the VPN. People that are against the government, whistleblowers, and journalists widely use VPN services.

But this is not everything. With a VPN, you can also safely surf on public networks. In most places you can simply log in without a password. Vey handy, but if you can do this, then people with bad intent can do it too. Anyone can read just like that what you do and who you are. Including your bank information, social media, and email. With a VPN you can also watch Netflix with Dutch subtitles from a different country, which is always convenient!

These are nice extras but safeguarding your privacy is of course most important with the introduction of the sleepwet law. You do not notice anything with a VPN but you can simply surf without being watchful of what you leave behind. So purchase a VPN today and the AIVD will not snoop around in your data. You can now sign up with a 30 day money back guarantee.

Safe internet with HTTPS and VPN

What is a virtual private network (VPN)

Internet terms explained: the difference between a VPN, Tor and VPN router